Electric bikes now account for over a third of bicycle sales in Germany, with the Netherlands and Holland not far behind. These countries have embraced the convenience of the e-bike, and its potential to expand cycling to people who wouldn't, or couldn't, ride a standard bicycle.

However, e-bike popularity is very low in the UK, despite the benefits they can provide to older people, people recovering from injuries or illness, people who want to cycle but live in a hilly area, commuters, and many others. They also have potential for business use, especially e-cargo bikes.

To explore the different uses e-bikes could serve, WestTrans is running a trial with boroughs and a range of other organisations. 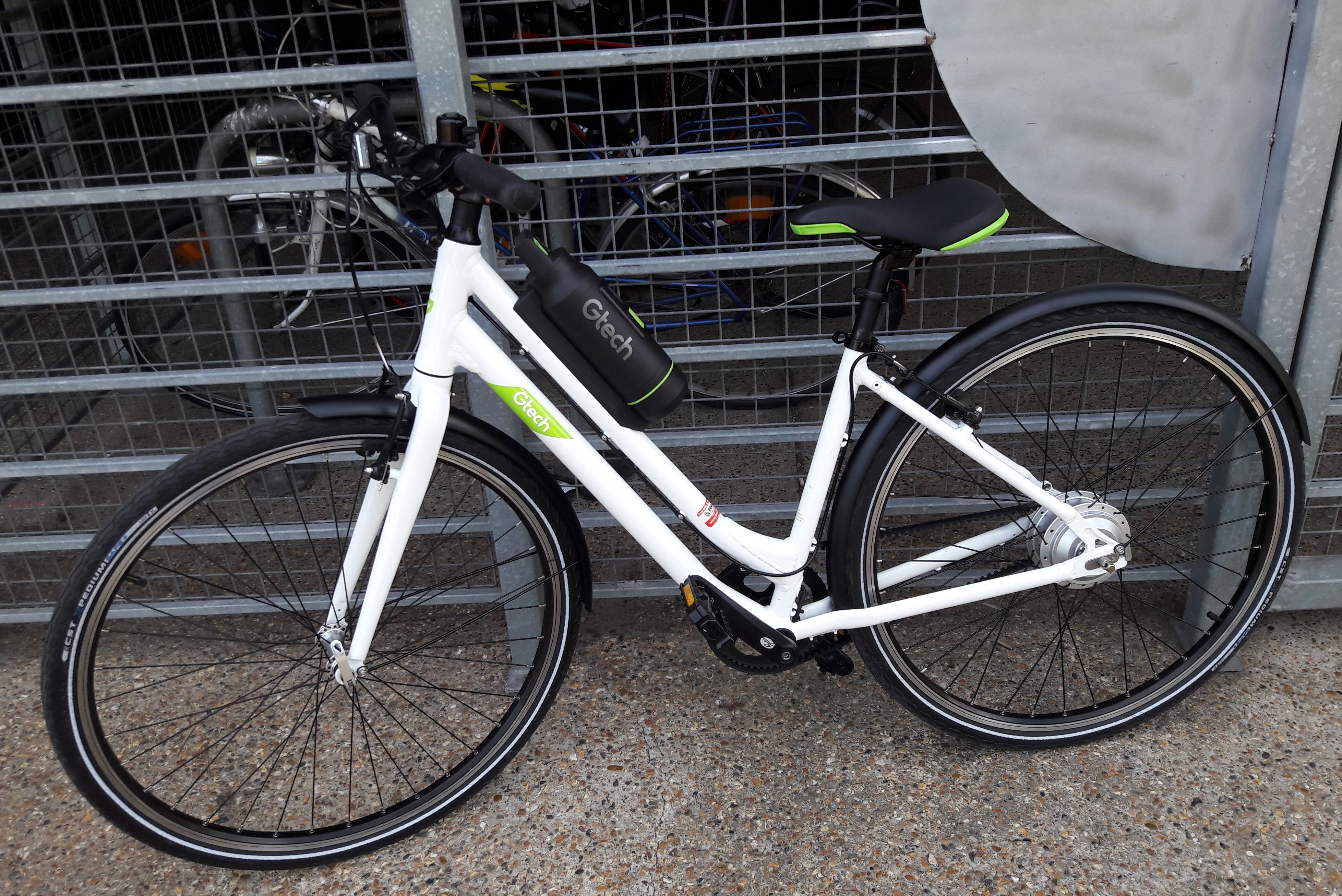 We use the Gtech City e-bike (pictured left), which is a simple and easy-to-use model but has a 30-mile range, detachable battery and high-quality build. It has a simple power button on the battery to switch on the electric mode, and the rider can then choose between 'Eco' mode, for a light boost, or 'Max' mode to get up that really steep hill.

The trial is running in three phases. The first phase, which began in June 2018, ran in partnership with the London Boroughs of Harrow and Hounslow. We provided free e-bikes to council staff, to use to get to and from work and for site visits.

At Hounslow (pictured below), the e-bikes were integrated into the existing fleet of hire bikes for staff, with staff signing a document pack on cycle safety and signing out the bike on a register. The bikes were used for a variety of journeys, including staff borrowing them for one- or two-week periods to commute, using them for site visits and travelling to meetings around Hounslow. 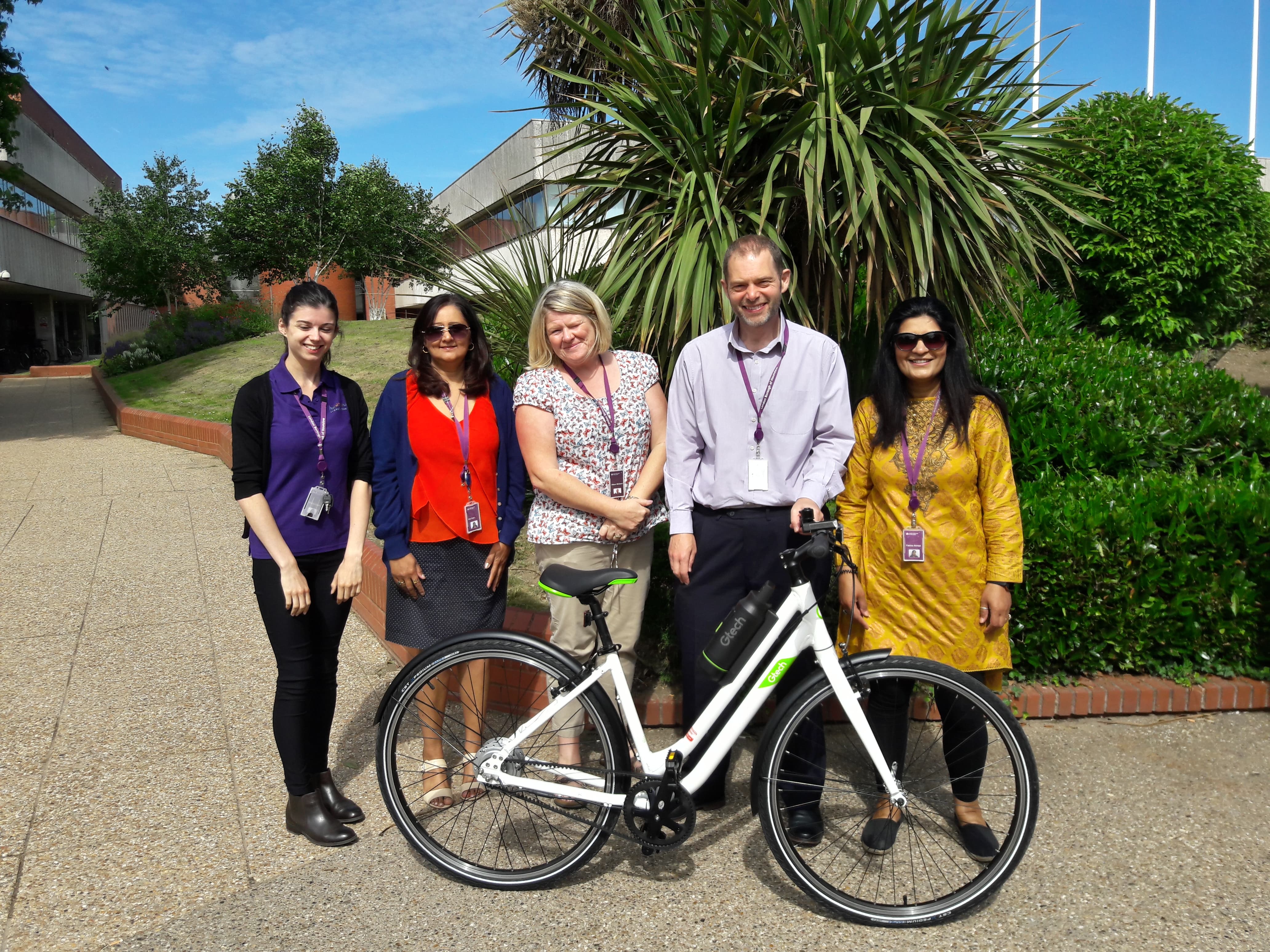 At Harrow (pictured below), the staff borrowed the bikes for one month at a time on a more formal basis, as there was no pool bike fleet available. The bikes were used for commuting, site visits and other journeys by one member of staff for the whole month. Staff found a range of uses for the bikes, including the Parking Enforcement team, who found an e-bike more convenient than their usual vehicle for making their rounds.

After six months and twelve months, we examined the collected data to see what types and durations of journey the ebikes were being used for, and whether they were encouraging the staff to switch to an active commute.

In phase two, whch started in August 2018, we rolled out the trial to businesses across West London. They borrow an ebike from us for a short period for their staff to use for deliveries, site visits, client trips, or commutes. WestTrans provides helmets, D-locks and security cables, mudguards and lights for the bikes. These were provided, along with the assembly and delivery of the bikes, by London Bike Hub. 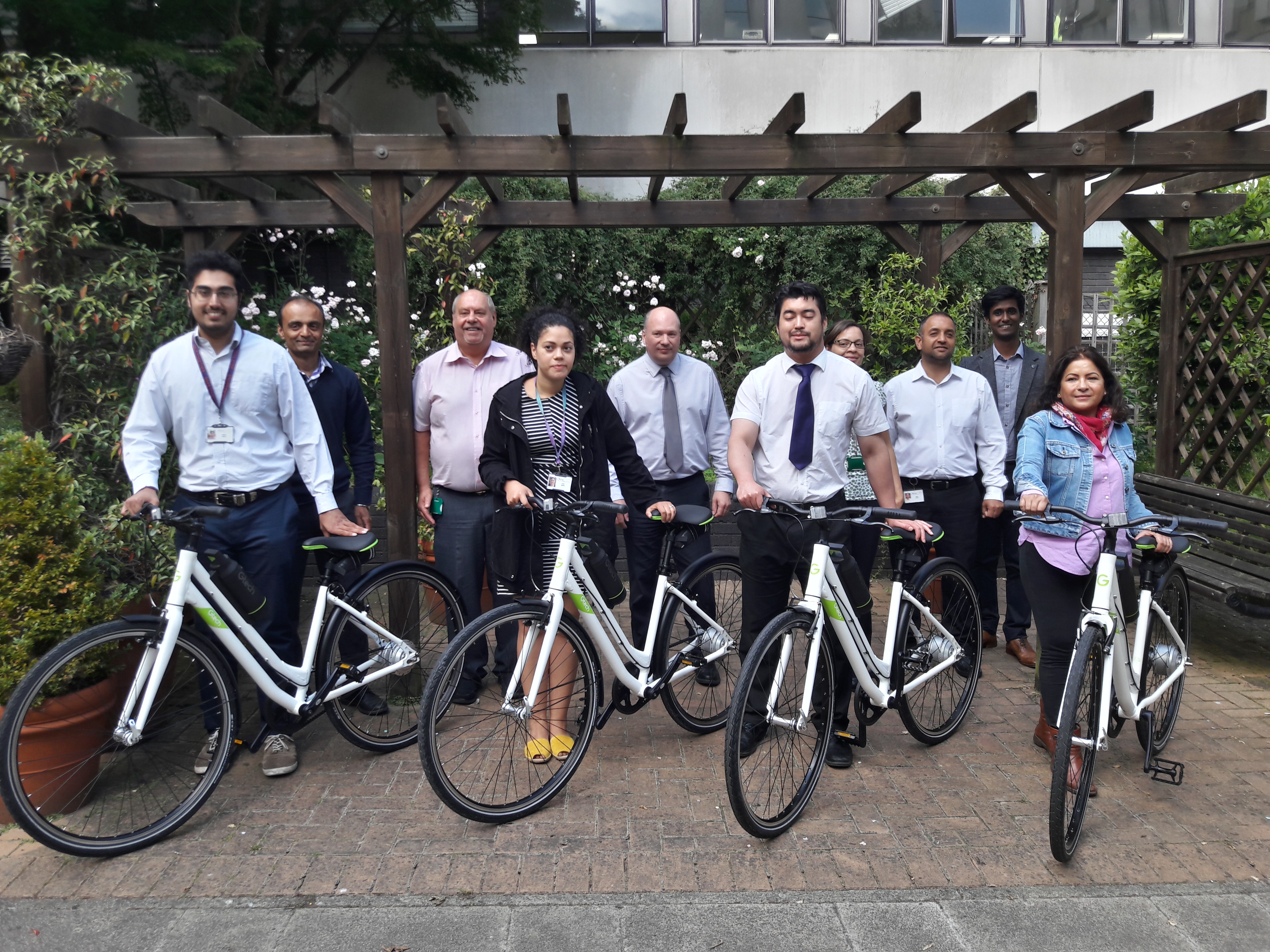 - staff in the West London NHS

We hope that running this trial will encourage greater adoption of e-bikes and increased cycling, particularly for groups who have low cycling levels at the moment.

For phase three, beginning in spring 2020, we will be rolling out ebikes further across West London and deploying them more strategically. Stay tuned for further updates.

Please contact Emily if you work at a local business in West London and would like to take part in our trial: ShovlarE@ealing.gov.uk.